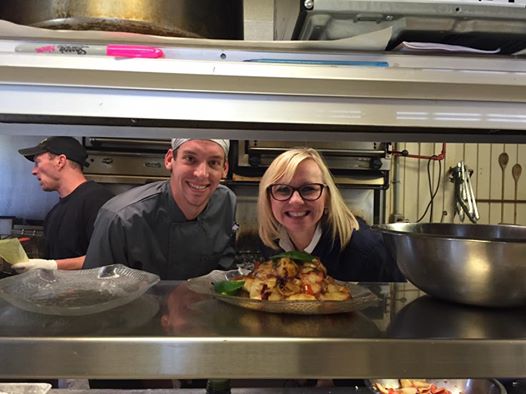 Deborah Smith is the owner and founder of New Jersey's popular food and dining blog, JerseyBites.com. Launched in 2007, the site is now home to over 30 food writers and engages with over 30,000 social media fans on a daily basis on Facebook, Twitter, Pinterest and Instagram. In her role as executive editor of Jersey Bites, Deb is a founding member of Jersey Shore Restaurant Week and most recently served as a judge for Jersey Shore Restaurant Week's TASTE Awards. Over the years, she has judged numerous food competitions, beer, wine and martini contests. (It's a tough life!) Her love for the Jersey Shore--the "real Jersey Shore," as she puts it--was cultivated at an early age. Her grandparents were beach club owners and resided in Sea Bright, and Deb grew up on the sand in the summer and the winter as well. Today she resides with her family in Point Pleasant and is lucky enough to take a daily morning walk to the boardwalk, which she considers her daily commute.